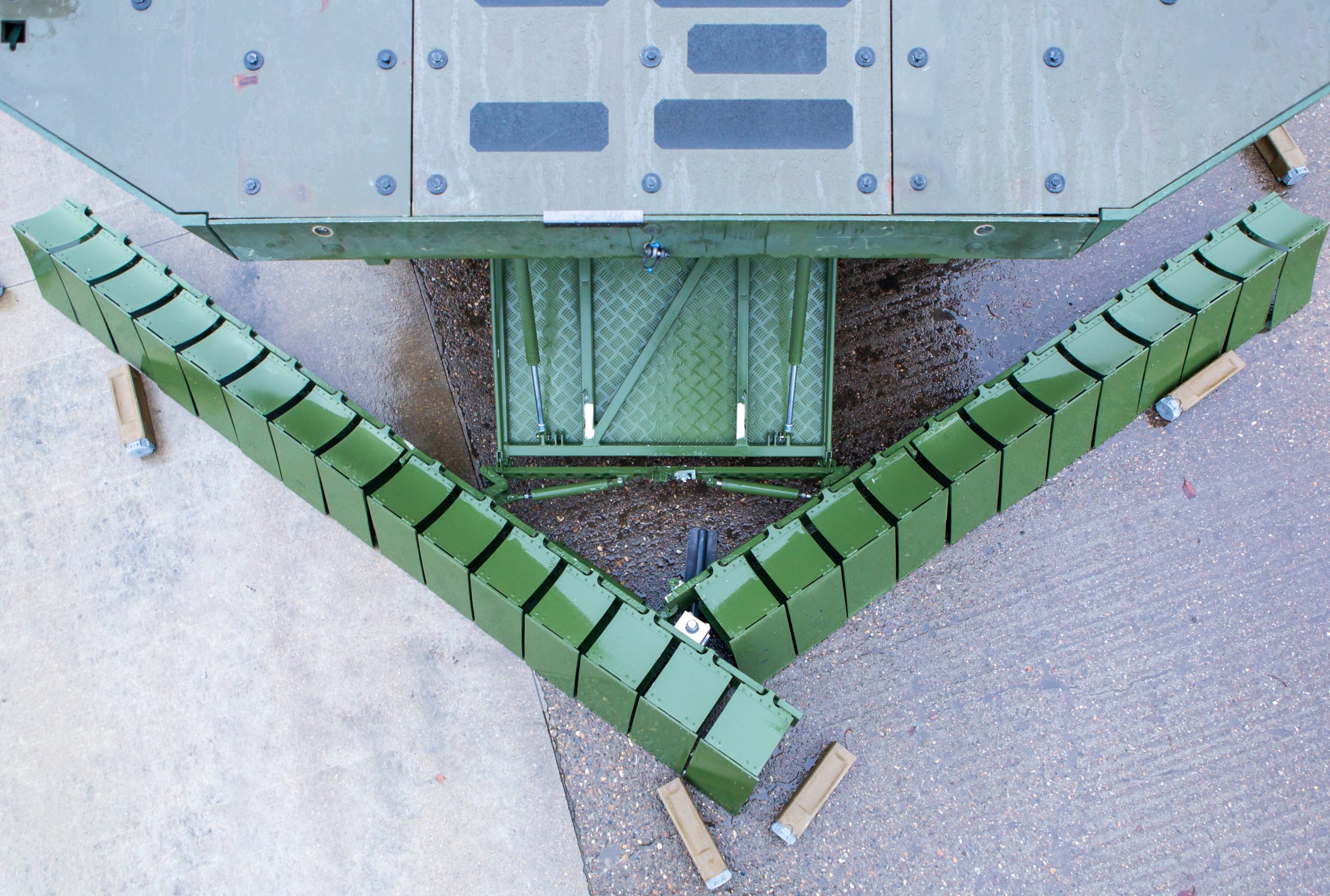 With a focus on organic and scalable battlefield mobility, Pearson Engineering has released its latest product developments Threat-Sense and Threat-Pathway. Designed to provide military vehicles with capability to both detect and displace scatterable-mines, the unique systems have been developed to overcome the fatal challenges to mobility which were seen only a couple of years ago in the Donbass region of Ukraine and which present a rising threat to all military vehicles, both armoured and non-armoured. The systems are designed to be used together, or separately, dependent on existing capabilities and requirements from different nations.

Threat-Sense, the detect component, uses artificial intelligence to identify surface laid threats. Deep learning algorithms developed by the company’s team of software engineers can detect anti-tank and anti-personnel mines and indicate to operators in varying environmental conditions where threats are present. Crucially, by analysing the insights provided by the system, the most viable route out of the threat can be found. The fully passive system simultaneously analyses video streams in real-time from visual and thermal cameras mounted on the vehicle. If any threats from a pre-programmed and trainable library are detected in either the visible or infrared spectrums, they are highlighted on a screen fitted within the vehicle and an audible warning is sounded. The Threat-Sense system serves as a tool to reduce the cognitive effort required of the operator without overriding human decision making, ultimately allowing them to take on a broader range of tasks to maintain battlefield advantage.

Where no safe route is possible, Threat-Pathway, the displace component of the system, can be rapidly deployed from under-armour. Whilst more akin to a product from Pearson Engineering’s existing range of proven front-end equipment (FEE), Threat-Pathway has been developed to be carried by any military vehicle, rather than a dedicated engineer variant. Without impacting vehicle mobility, the new capability allows self-extraction from air delivered scatterable mines and supports freedom of manoeuvre when a minefield is encountered. At approximately 250kg for a typical IAV, Threat-Pathway is designed to be used in an urgent scenario where mobility has been stalled and independent manoeuvre is the only option. The equipment can be removed after use and is considered a life-saving consumable that can be easily replaced. With all military vehicles able to carry the system, it also serves to reduce the adversary’s expectation of how armed forces might be fixed by scatterable mine attacks. Further, the self-extraction capability will reduce reliance on engineer capable platforms and units and hence improve the doctrine of ‘march divided and fight united’. Threat-Pathway has been designed to provide full width clearance including at full steering lock and can follow ground contours in undulating terrain.