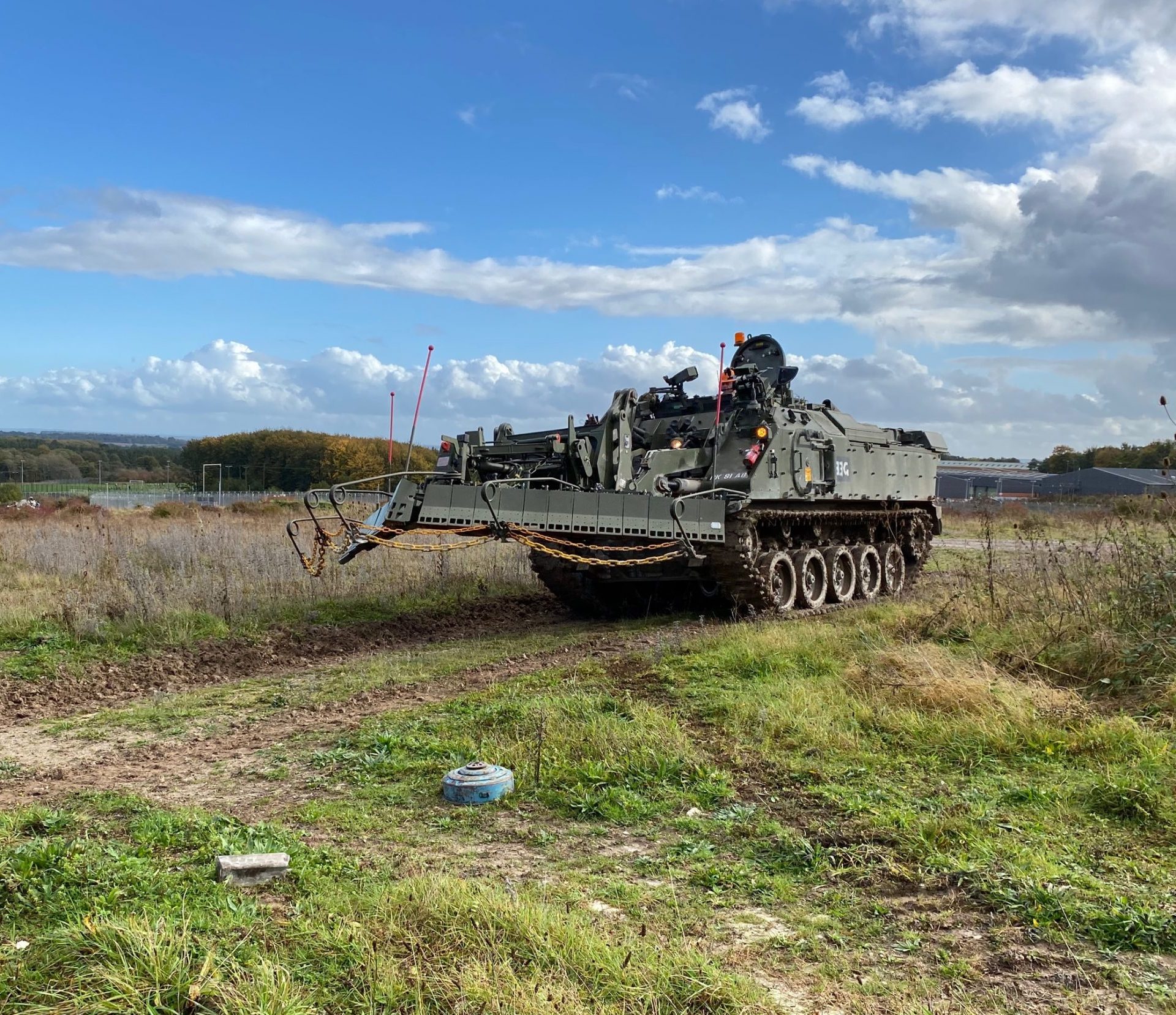 Pearson Engineering has delivered the first company demonstration of Threat-Sense, an ordnance detection and identification technology, to the British Army.

Threat-Sense has been developed to provide combat vehicles and combat support vehicles with the capability to detect, identify and alert in order to indicate the presence of surface laid ordnance such as Scatterable-Mines. The inert devices used during the trial included a selection of relevant and current threats. Distractor items provided by the Royal Engineers Trials and Development Unit (RETDU) were also used to validate the system against false positives.

The in-depth programme, devised by RETDU, took place in a representative operational setting using a Terrier Engineering Vehicle and a standard Land Rover as host vehicles.

With the potential to fix a vehicle in position and render it vulnerable to attack, Scatterable-Mines, or FASCAM as it is known in the U.S., have emerged as a credible threat once again as NATO turns its attention towards the potential for peer-on-peer conflict. The ability to detect where such ordnance may have landed, to determine if there are safe routes ahead and /or deal with the threats with clearance tools will provide those who use Threat-Sense with a tactical advantage.

“We would like to offer our thanks to RETDU for engaging with Pearson Engineering as a result of the Army prior information notice, published earlier this year. It is very important to our product development program that we get end-user feedback from concept demonstrations such as these to ensure that the product matures, whilst meeting the practical needs of any end user on operations.”– Matt Aujla, Business Development Manager at Pearson Engineering.