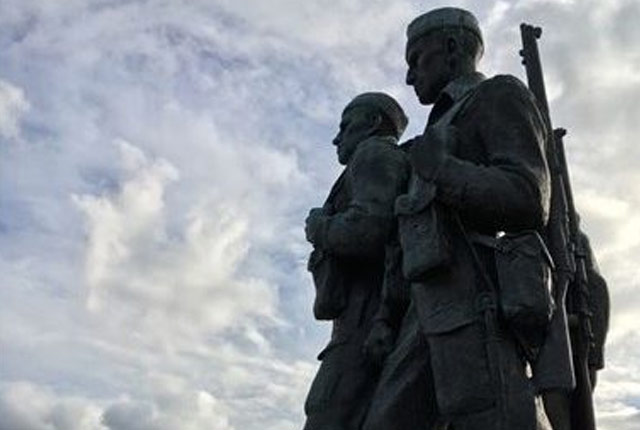 Whilst Pearson Engineering’s equipment provides mounted mobility support to Soldiers on the battlefield, the company recognises that often the biggest challenges faced by our servicemen occur away from the front line. A number of charitable organisations exist in the UK to provide support to those affected during and after military campaigns.

Pearson Engineering’s programme of fundraising for our troops and their families began with sponsorship of ‘The Battle of Stamford Bridge’, a boxing match between the British Army’s Corps of Royal Engineers and the Royal Regiment of Artillery. Attendees from Pearson Engineering rooted for the Royal Engineers throughout and were delighted to present a trophy to a ‘Sapper’ at the end of a bout sponsored by the company.

The event took place in support of the 300th anniversary of both and raised money for a number of charities including the Felix Fund (www.felixfund.org.uk) which works to support explosives experts who have worked in the most perilous and hostile environments to neutralise dangerous areas in combat or afterwards, sometimes alongside Pearson Engineering’s equipment

Next, Pearson Engineering will tackle the Commando March in Scotland to raise money for Cancer Research UK and The Soldiers’ Charity, formerly known as the Army Benevolent Fund (www.soldierscharity.org). Staff from Pearson Engineering will soon deploy to Fort William to walk the speed march route once used by Commando trainees in WWII. Commandos were once challenged to complete the 10 kilometre route in under an hour carrying full equipment. Employees at Pearson Engineering have been spreading the word and hope to raise £3,000 for each charity.