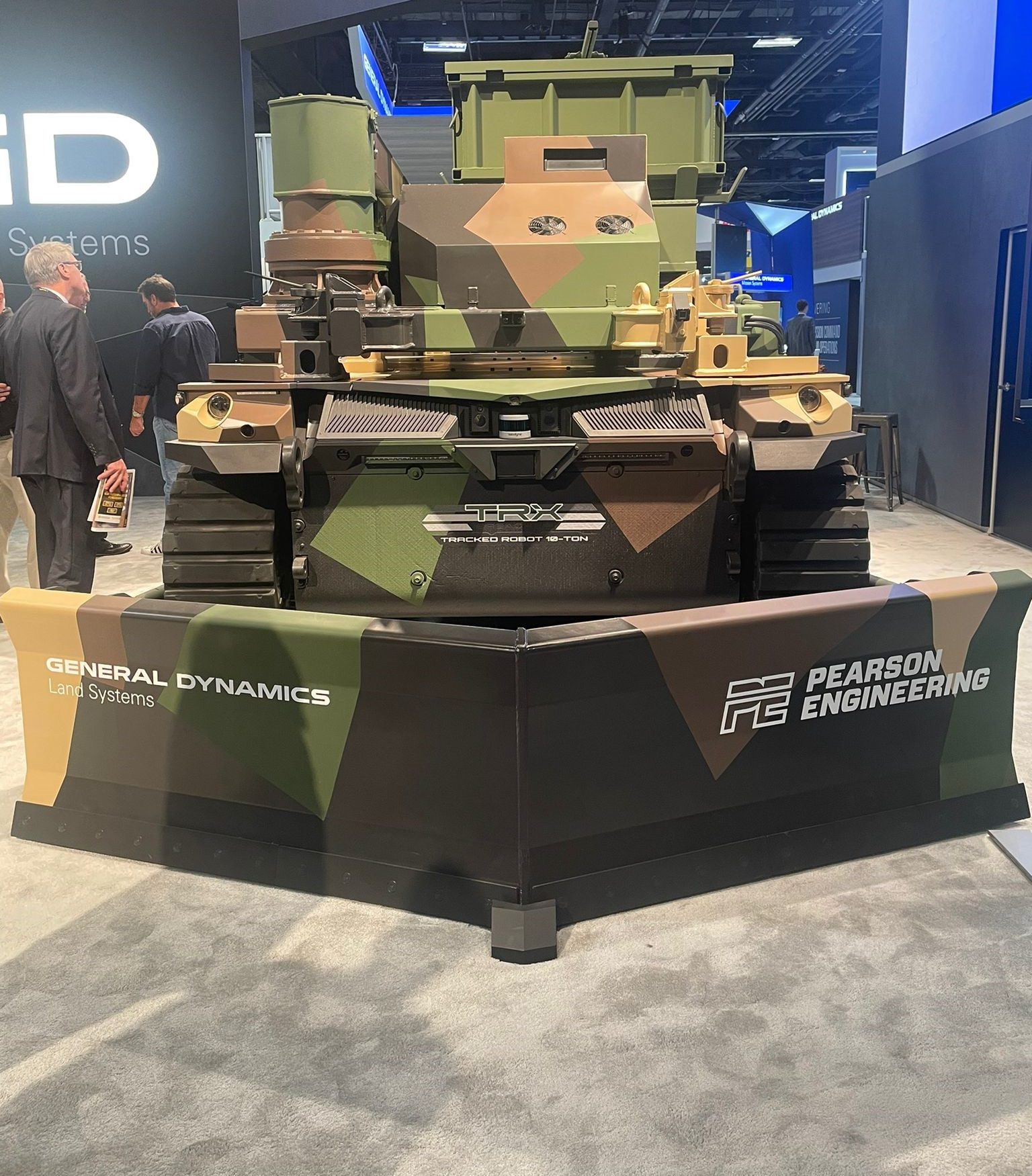 RCV-Pioneer unveiled at AUSA in support of U.S. RCV Programmes

Pearson Engineering’s RCV-Pioneer was displayed at AUSA 2022 in a world-first unveiling of our latest technology.

Combining both companies’ capabilities has led to the market introduction of ‘TRX Breacher’, designed to remove the human from harm’s way when executing dangerous tasks.

The RCV-Pioneer mission pack was provided with a V-shaped obstacle blade to overcome natural and deliberately emplaced obstructions, as well as a robotic arm to pick-up, drag and move items which hinder progress.

Based on the same core principles of rapid interchangeability and agility, which are present throughout Pearson Engineering’s product range, RCV-Pioneer provides remotely controlled engineering capability to RCVs. This allows such vehicles to scale and optimise for the task at hand, whether to support its own mobility, or to provide an engineering effect for others.

Jason Riby, Engineering Director at Pearson Engineering explains the background to the development of RCV-Pioneer, “Robotic Combat Vehicles (RCVs) will take a prominent position in the configuration of military land forces in future conflict, taking humans away from ‘dull, dangerous and dirty’ tasks, and affording skilled personnel the time and safety to outwit adversaries. Regardless of mission, these vehicles will need to move to places of their Commander’s choosing and in doing so, defeat the wide range of natural and deliberate obstacles usually encountered on the battlefield”.

The development is made to support many land forces’ ambitious to move towards ‘Manned Unmanned Teaming’ (MUM-T) to reduce the risk to human life whilst delivering effective missions.

Commenting on the reaction from AUSA, Business Development Manager Matt Aujla said, “It has been a pleasure to collaborate with GDLS for the past 2 years, taking the combined RCV-Pioneer and TRX solution to various U.S. Army demonstrations and trials, culminating with its display at AUSA 2022.  It’s clear that the ‘TRX Breacher’ gained a lot of attention at this year’s show, and we’re excited about the future possibilities for this capability based on the displayed obstacle clearance variant, as well as brand new variants of RCV-Pioneer coming out of Pearson Engineering’s Research & Development team.”

For almost 40 years, Pearson Engineering has provided Front-End Equipment to armed forces around the world, including long-standing programmes of record in the United States. RCV-Pioneer marks a step change in how armed forces can deliver engineering effects as they begin to operate in a remote and autonomous world.