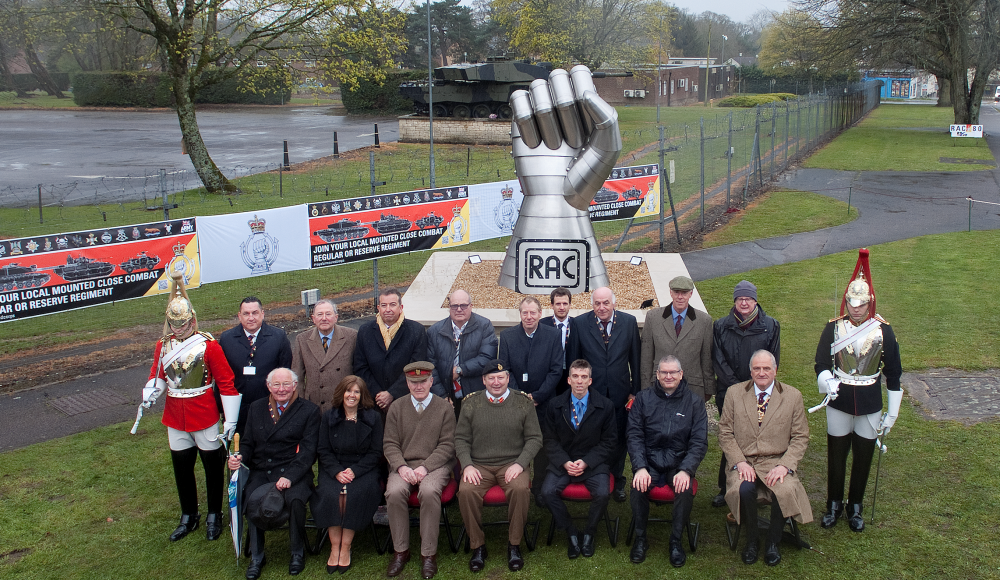 Pearson Engineering were proud to sponsor the build of the Royal Armoured Corps Gauntlet.

The 2.5-metre-high stainless-steel statue is positioned at the entrance to Bovington Garrison. The gauntlet has been mounted on a stone plinth with the current Regular and Reserve RAC Regiment’s badges engraved upon it.

Lieutenant colonel RGJ Watson said that the project “commemorates the centenary of the tank, unequivocally marking Bovington Garrison as the home of the RAC and providing a legacy that will stand for the next 100 years”.

Managing Director, Craig Priday attended the unveiling of the Gauntlet last month as part of the 80th anniversary celebrations of the RAC. The event saw WW2 veterans and serving soldiers gather at the Tank Museum to enjoy a demonstration of historic and modern vehicles as well as the opening of new exhibition ‘Long After the Battle’

Mr Priday said: “It was an honour to play a small part in the RAC Gauntlet project and witness its unveiling as part of a great day of celebrations”.