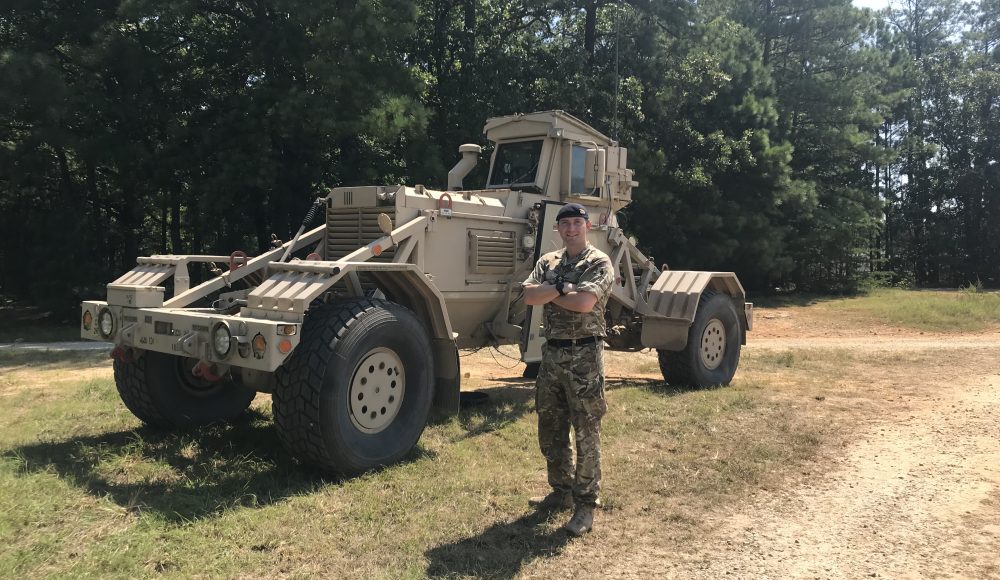 Our newly arrived Business Development Manager, Pete Eadon, has just returned from two weeks’ military training with the US Army in Virginia

As a serving member of the Reserve Forces (British Army), Pete is required to complete a two-week training package each year in order to remain current, competent and qualified.  In early 2019, Pete was selected to attend the US Military Reserve Exchange Programme (MREP) in lieu of his own units’ annual training.

The MREP places reserve soldiers from America’s allied partners into units across the globe and is designed to fully integrate participants into the host force, in order to develop interoperability and strengthen global relationships.

Pete’s two weeks were spent with a US Cavalry Regiment (2/183) in Fort Pickett, Virginia, conducting a wide variety of military training activities in harsh and austere conditions, including operational and logistical planning, Gunnery and rifle training and Reconnaissance Troop operations.  As a Pearson Engineering employee, Pete was given the opportunity to spend the day with a US Route Proving and Clearance Company, who were themselves equipped with a number of Pearson products.

Pete had this to say about his deployment:

“Following 10 years’ service in the British Army, I decided to join the reserve forces for a number of personal and professional reasons.  When the opportunity arose to train in the US for two weeks, I grabbed it with both hands.  This, coupled with the timing of me starting my new job, made for a rather awkward conversation with my new employer (asking for a two week leave of absence before the ink on my contract was dry).  I needn’t have worried.  The whole management team were 100% supportive of not only my request but reserve service in general as they can see the personal and professional benefits to both employee and employer alike”.

“In 2018, Pearson Engineering received the ‘Armed Forces Covenant, Silver Award’ in recognition of our proactive support to Defence and the Armed Forces Community.  Supporting our people who wish to serve in the reserve forces is part and parcel of our commitment to be a great place to work and a contributor to the wider Defence community”