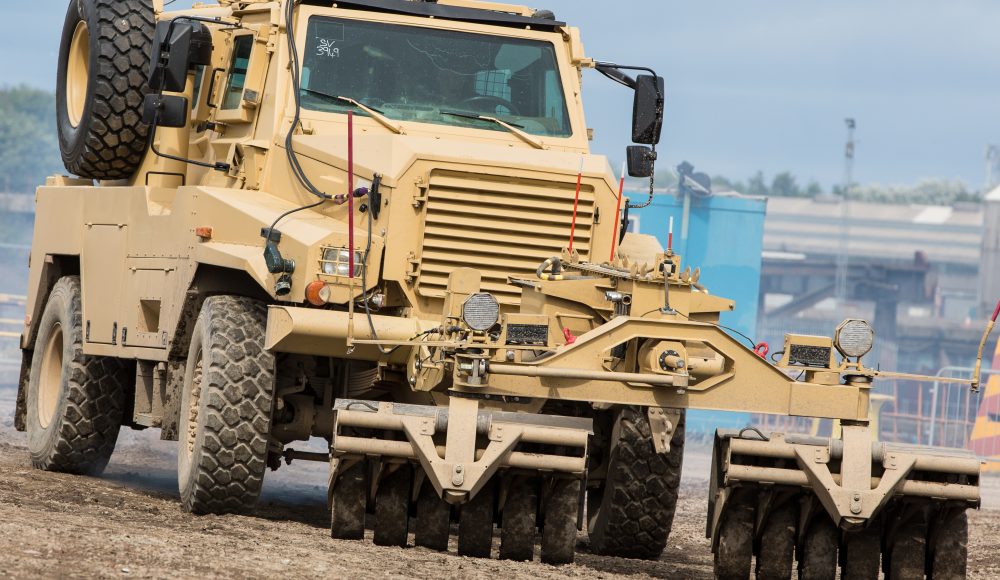 Pearson Engineering is pleased to announce that is has been awarded a contract for 10 specially optimised full width route proving ‘Protective Roller Systems’ destined for troops in Canada. The order follows successful delivery of over 4000 roller systems throughout the world.

The advanced hybrid system will integrate key features from both the SPARK II mine roller and the UK’s Barbadian Super Light Weight Roller – both systems are battle proven and have recently been deployed in Afghanistan.

Pearson Engineering specialises in tailoring existing design concepts to customer requirements and the company prides itself on the ability to optimise the capability of the host vehicle in this way.

The company has previously supplied Surface Mine Ploughs to Canada and is proud to continue the relationship by providing new and increased capability.

Project Manager Glen Stewart said ‘Following careful consideration of the requirements specified by the Canadian Armed Forces, we have designed a hybrid roller system which has its roots in existing fielded Pearson Engineering products giving it inherent reliability and capability. We are looking forward to working with the Canadian Armed Forces to deliver the systems.’