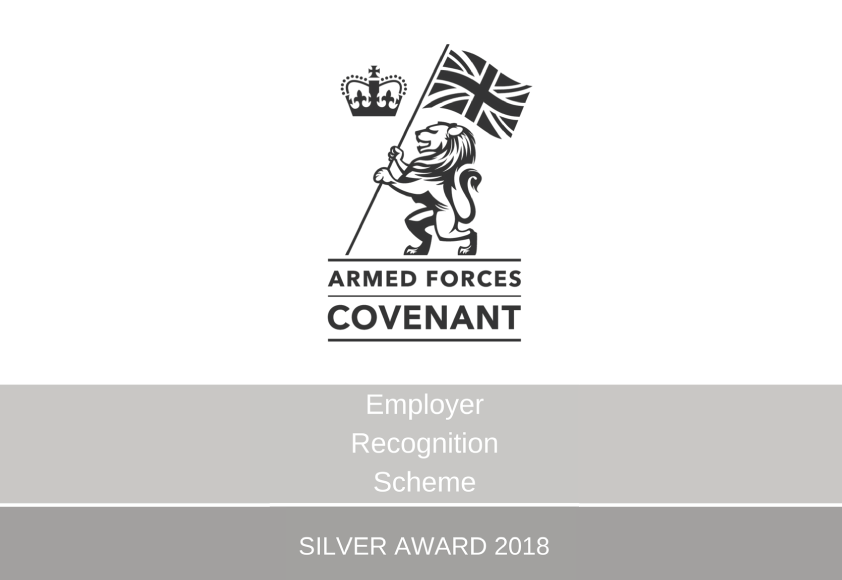 The Employer Recognition Scheme (ERS) was launched in 2014 by the Prime Minister to recognise employer support for the wider principles of the Armed Forces Covenant. The scheme encompasses bronze, silver and gold awards for employers that pledge, demonstrate or advocate support to Defence and the Armed Forces community. This includes the Reserves, Service leavers, Armed Forces veterans, the wounded, injured and sick, Cadets, military spouses or partners and their families.

Pearson Engineering were awarded the Bronze Award in March 2018 after signing the Armed Forces Covenant; a promise from the nation that those who serve or have served in the Armed Forces, along with their families, are treated fairly.

Having demonstrated proactivity in supporting members of the Armed Forces through sponsorships, briefings to local Army units and involvement with Reservist activities, as well as their pro-Reservist HR Policy, Pearson Engineering have been awarded the Silver Award in recognition of their support.

Managing Director, Craig Priday, and Business Development Director, Richard Beatson will attend an Awards Ceremony, in the presence of both the Rt Hon Tobias Ellwood MP, Minister for Defence People and Veterans, and Major General Ranald Munro, CBE, TD, VR, Assistant Chief of Defence Staff, where they will accept the award on behalf of the Company.

Mr. Priday has said: “It is a real honour to have been awarded Silver in the Employer Recognition Scheme. We are immensely proud of our many links with the Armed Forces and strive to continue and develop our support in any way we can. I look forward accepting the award in November”.

“I am delighted to congratulate the recipients of this year’s Employer Recognition Scheme Silver awards. A Silver award recognises the fantastic efforts of employers throughout the UK who have both elevated their commitments under the Armed Forces Covenant and provided actual benefit to the Armed Forces Community.  The winners should all be proud of the life-changing impact and fresh opportunities they are providing to our Reservists, veterans, wounded injured and sick and their families. We’ve seen a record number of winners this year, which shows that the Armed Forces family talent pool is also providing tangible business benefit.”