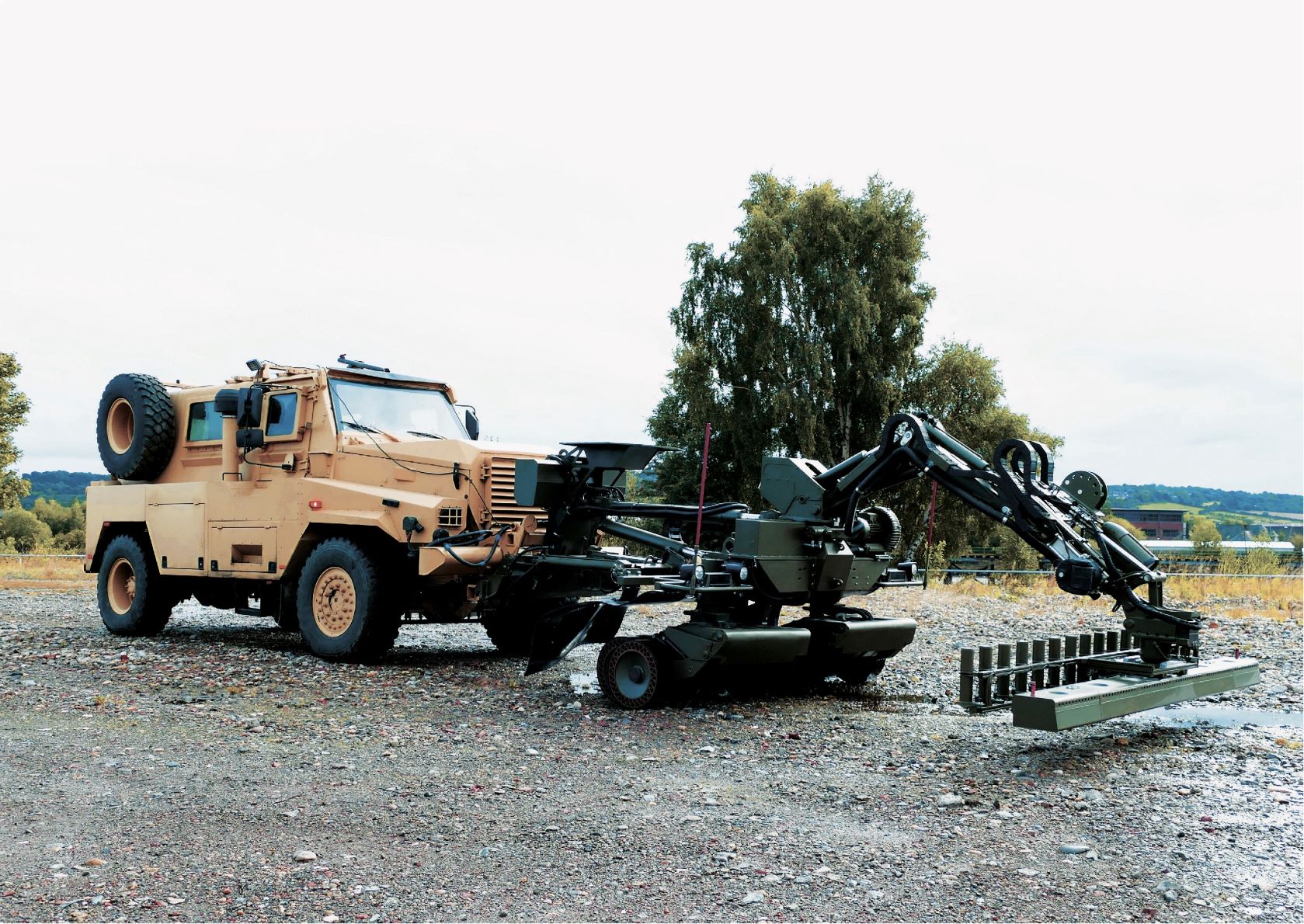 Following an initial introduction at DSEI 2019, Pearson Engineering is pleased to announce the online launch of the company’s new Route Proving and Clearance (RP&C) capability.

The threat from IEDs continues to be a challenge anticipated by Armed Forces around the world.  Despite draw down in Iraq and Afghanistan, the IED threat is anticipated to remain an enduring feature of future conflict regardless of theatre of operations and scale of conflict. IEDs are cheap to make, devastating in effect and becoming ever more sophisticated. As such the need for enhanced Force Protection measures remains high.

Using an approach common to Pearson Engineering’s Front End Equipment, the RP&C Multi-Tool is deliberately ‘vehicle agnostic’ for compatibility with the widest possible range of vehicles and vehicle types. This allows Armed Forces to adapt their current in-service vehicles and maintain a commonality of platform, spares and training which ultimately delivers financial, logistical and operational efficiencies. A modular approach allows multiple RP&C tools to be added, removed, and interchanged in the field, depending on the threat faced by the end user.

The Multi-Tool includes a heavy-duty, dexterous Manipulator Arm which can carry GPR, Metal Detectors, Infra-Red Vision Systems, a Raman Spectrometer, and other tools to DETECT, PROTECT and DEFEAT. The manipulator arm is capable of tilting and slewing to allow for detection of off route threats, for example, in walls, embankments or piles of rubble.  Further, an Unmanned Aerial Vehicle (UAV) can be integrated to give the Commander a persistent over-watch capability to both detect and deter the use of Command Initiated Devices.

Pearson Engineering has been at the forefront of Counter-Explosive Ordnance innovation for the past 30 years, with a successful series of vehicle mounted systems to both protect and actively prove routes for follow on forces.

Pearson Engineering systems have done and will continue to keep the warfighter safe whilst importantly allowing missions to be successfully completed.