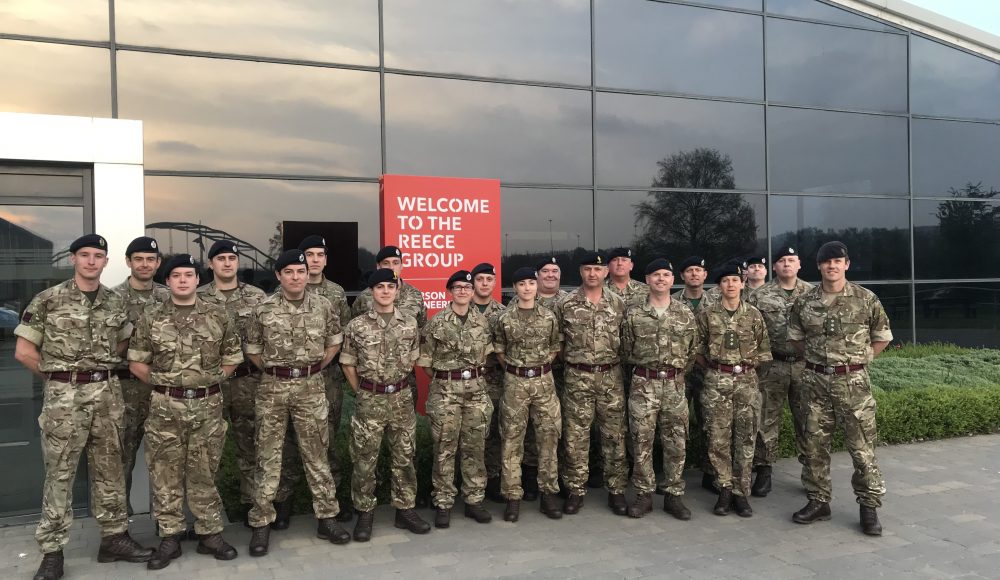 The visit was hosted by Business Development Manager, Nick Weller and Programme Director, Brian Gallacher and was organised to provide a background into what equipment is manufactured at Pearson Engineering for the British Armed Forces.

The team from 103 Field Squadron received a 10 minute presentation followed by a tour of the facilities where they were shown the production of Full Width Mine Ploughs, Land Marking Systems, Mine Rollers, Combat Dozer Blades and MineWolf vehicles. Almost a third of the visitors had seen active service in Afghanistan where they had seen our equipment in use on operations.

Nick Weller said: “The visit achieved its aim and 103 Squadron left with a better understanding of what Pearson Engineering does and reciprocal visits were discussed for their live firing/explosive demo later in the year”.