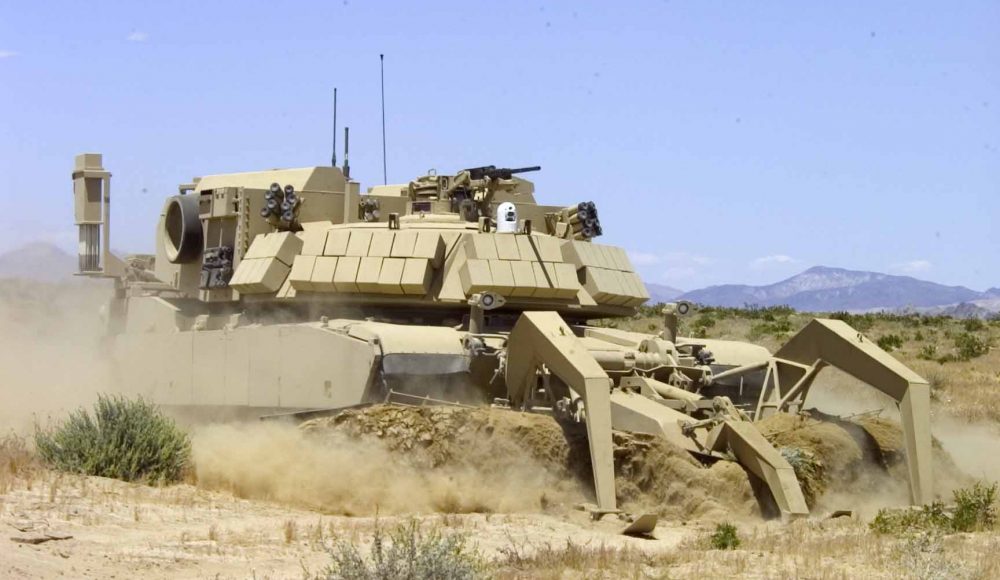 Hyundai Rotem has released details of the new combat engineer vehicle (CEV) under development to meet the operational requirements of the Republic of Korea (RoK) Army.

The new CEV is designed for use in a wide range of battlefield missions, including clearing battlefield obstacles, preparing fire positions for MBTs and artillery, and carrying our breaching operations.

Mounted at the front of the hull is the Pearson Engineering Full Width Mine Plough (FWMP). The CEV is also fitted with a Magnetic Signature Duplicator (MSD) and an Obstacle Marketing System (OMS) that dispenses poles into the ground with a pennant as the vehicle moves forwards, showing following vehicles a path through a cleared mine field.

For use in the development phase, Pearson Engineering has supplied three sets of equipment with each of these consisting of one FWMP, one MSD, one OMS and one High Lift Adaptor (HLA) which is used to transport and fit the FWMP.

Two prototypes of the CEV have been completed by Hyundai Rotem and following trails and qualification, a production order is expected to be placed.