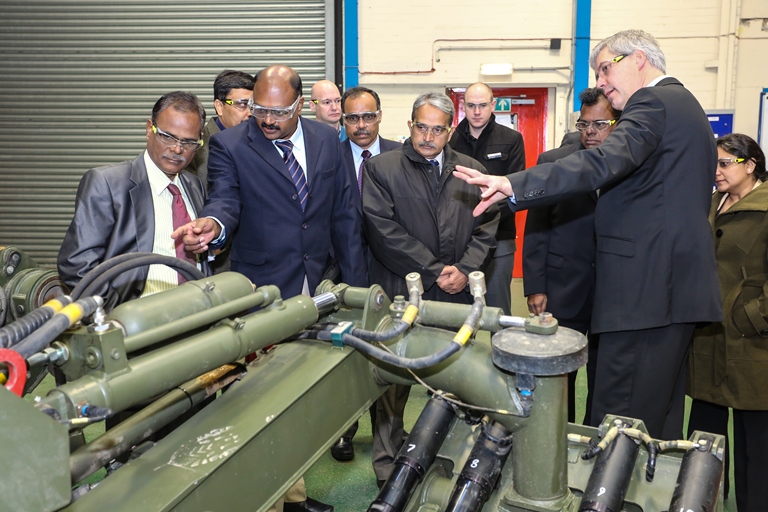 Pearson Engineering was privileged to host a visit by the Director General of the Indian Electronic and Mechanical Engineers (DGEME), Lieutenant General NB Singh AVSM, VSM, DGEME, who led a delegation that included representatives from the Indian Combat Vehicles Research and Development Establishment (CVRDE)  to discuss potential future recovery systems for the Indian Army.

The visit followed a successful demonstration of Pearson Engineering’s Challenger Armoured Repair and Recovery Vehicle (CRARRV) Earth Anchor Blade by the British Army and provided an opportunity to discuss the company’s range of recovery systems along with the additional capabilities the company can offer to the Indian Armed Forces.

Best known for its range of Combat Engineer Equipment, Pearson Engineering is an established provider of recovery systems and has supplied Earth Anchor Blades to many of the world’s Armed Forces, including the British Army. Sales and Marketing Manager, Michael Jordan said “The Earth Anchor Blade is a high performance system that is used to hold a vehicle static in order to provide a platform for winching operations. In line with other Pearson Engineering equipment, it can be fitted to the host vehicle using a common interface system which allows the equipment to be attached and released quickly and exchanged with other Pearson Engineering equipment as required.”

The company has an established reputation in India and has provided a number of types of equipment to the Indian Armed Forces.