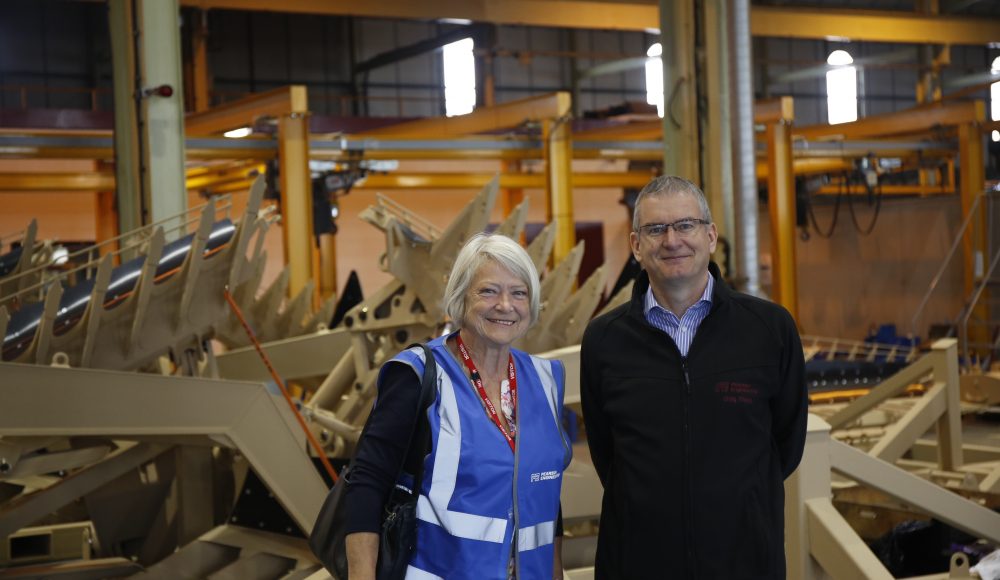 Pearson Engineering had the pleasure of hosting acclaimed journalist Kate Adie last month as part of a visit to the North East.

Born in Whitley Bay, Northumberland, and raised by parents in Sunderland, Adie has strong ties to the region. Acquiring a degree in Scandinavian Studies at Newcastle University, she landed her first job with the BBC as a studio assistant at BBC Radio Durham, going on to become a BBC Chief News Correspondent for fourteen years.

Adie has reported on major conflicts, including the Tiananmen Square protests, the Gulf War and the Rwandan Genocide. Her ‘close to the action’ approach once caused injury when she was shot during the Libyan Embassy siege of 1984 in London, fortunately suffering no permanent damage. It is this kind of reporting that has inspired the adage ‘a good decision is getting on a plane at an airport where Kate Adie is getting off’. A famous report during the 1980 Iranian Embassy siege saw Ms. Adie report from behind a car door as bombs exploded in the background and the SAS abseiled in to rescue the hostages.

Receiving several awards and recognition throughout her career, including a CBE in the Queen’s Birthday Honours list in 2018, Adie remains a long-serving presenter of Radio 4’s From Our Own Correspondent.

During the visit, Managing Director, Craig Priday provided a tour of the Armstrong Works to Ms. Adie alongside a brief on Pearson Engineering. He had this to say:

“We were delighted to welcome Kate to Reece Group. It was a pleasure to show her some of the products we have in service with friendly forces all over the world. Kate has an infectious enthusiasm and a deep knowledge of defence, forged through her long-standing links to the British Army”.