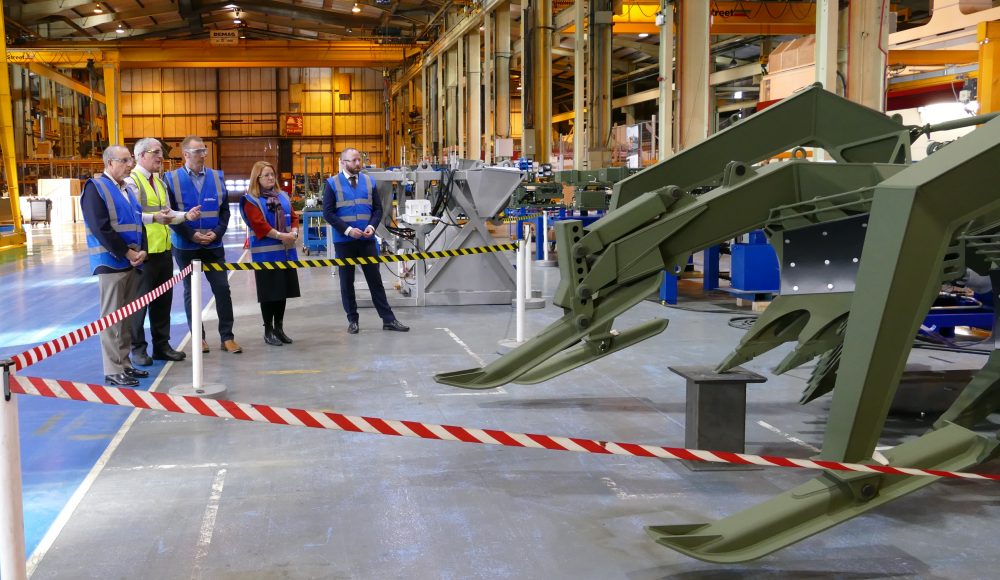 The General’s visit took place in support of the Australian Defence Force’s Tri Service modernisation programme; a programmed which has been referred to as a “once in a multi-generational event” due to its size, ambition and scale.

Since 2015, Major General Coghlan has been a leading figure in the land-based programmes, firstly as ‘Head of Land Systems Division’ and latterly as the inaugural ‘Head of Armoured Vehicles Division’. In his current role, General Coghlan is responsible for the coordinated delivery of the Australian Army’s future Combat Reconnaissance, Mounted Close Combat, Main Battle Tank and Under Armour Breaching and Bridging capabilities.

Richard Beatson said, “We were delighted to host the Head of Armoured Vehicles, Major General David Coghlan during his visit to Armstrong Works. The Australian Defence Force is a very important customer and having an opportunity to demonstrate our full range of combat engineering capabilities was a key activity for us and much appreciated by Major General Coghlan”.